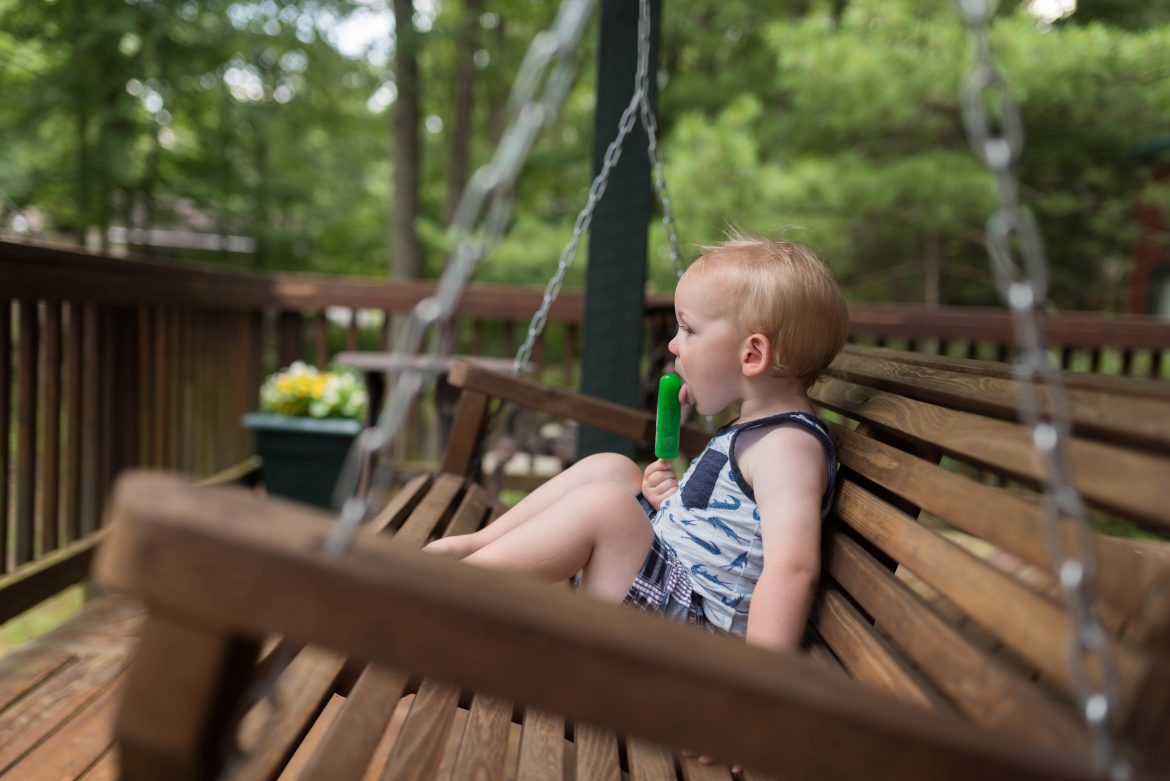 If you were to ask me how long summer lasted when I was a kid, the answer would have been for-ever!

Long, lazy, eternal times of hot weather, boredom, swimsuits and bicycles. The smell of Noxema and tanning oil, the sound of a screen door slamming and cicadas buzzing. The taste of water out of a garden hose and melting popsicles. The minor tortures of mosquito bites, skinned knees, sunburn and muggy sleepless nights.

But the older I got, the faster I started rolling.

I made lists, set goals, bought stuff, made payments, put in the extra hours and effort, took on extra responsibility, along with a family, and rolled faster and faster.

And technology helped me! I got a pager at first, then a cell phone. Then texting and messaging allowed me to work from home, get more stuff done, even on a Saturday or Sunday. I could sneak some more work in, answer an urgent need from a client, outdo my competition. I took my work with me to bed, it sat next to me on my cell phone and it would buzz and beep and flash, reminding me of stuff that I could do, should do. Nights were often restless, the days more frantic. Weekends became weekdays, and the seasons would change in an increasing blur that I vaguely noticed out of the corner of my eye as I met another deadline, got another sale, booked another client. Birthdays, holidays, seasons, graduations, weddings, funerals…faster and faster they flew by…

I started eating faster at each meal, thinking about what was next, plotting my strategies, hearing my family only in a distracted way, while I planned my next step, my next move.

Foolishly I thought that by working harder and faster, that I could get ahead. But work had a way of piling up even faster. No matter how fast or efficient or hard, all it did was raise the expectations of others or myself.

So here is what happened to the summers of my youth. I gave them away. I made Work my god and I sacrificed Summer at its altar.

So here’s a thought about Sunday. One of the Ten Commandments talks about a day of rest. I always assumed it was about God demanding his due as Creator, and I still think that’s part of it. But I’m just now realizing, perhaps too late, the gift He also gives in a day of doing nothing. A day that is measured only by the length of shadows, strolls and meditation moves much slower than a day that marches to a second hand and a never-ending to-do list. And in that time, I am reminded that being is every bit as important as doing.

Little kids have an ability to just be and I have lost that talent. I have never met a child workaholic, nor was I one. I was never in a hurry as a kid, always loafing and strolling, slowly and methodically eating my food in dreamy distraction, looking at clouds, chasing after my imagination.

And once a week, I want that child back. It will not be easy and it will take practice and diligence, but it will be worth the effort.

Because I want my Summer back.