Home/BLOG/I’m a Sucker for Historic Signs 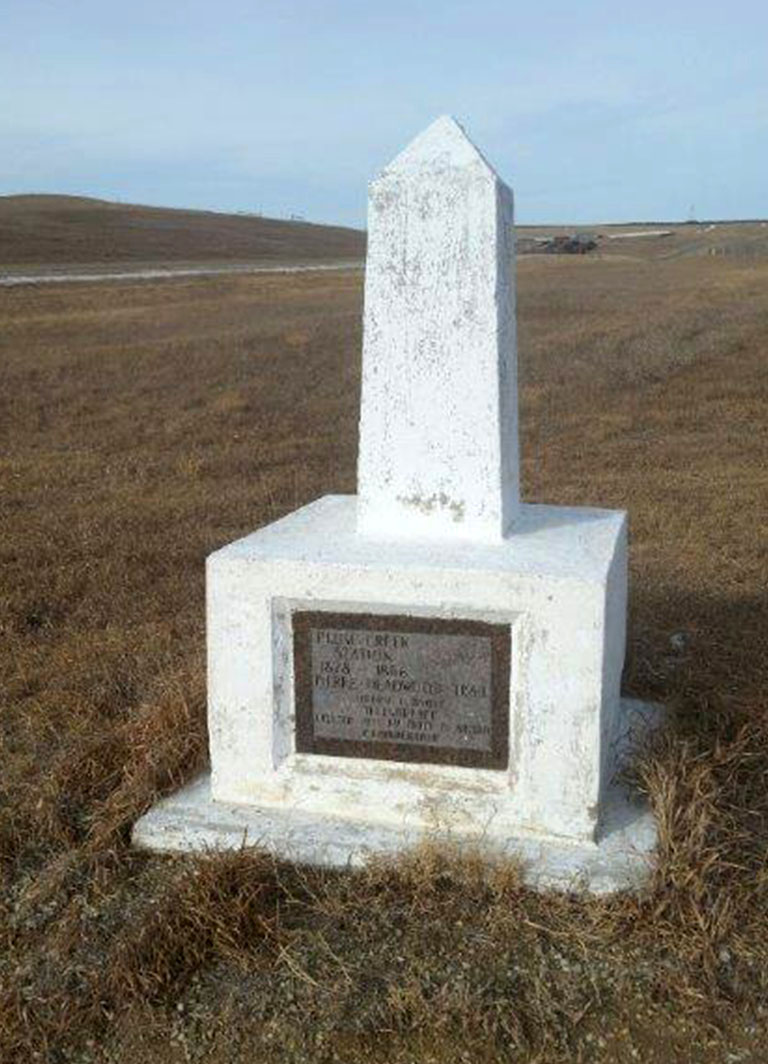 In this case I drove by it for 5 miles before curiosity took over. I did a very non-dangerous U-turn on the virtually deserted Highway 14 between Rapid City and Pierre. It was set up by a guy named Matt Brown in 1951 and looks like it was mostly hand-made out of concrete- at about six feet high. Another hand made sign was attached to a fence nearby… 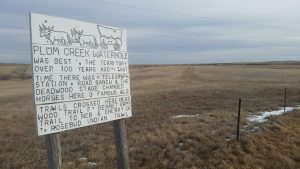 This sign was a little more interesting– turns out if you really need a good water hole (in this part of the world, that would mean one that wouldn’t run dry) THIS is the spot. Just as your average map today is criss-crossed with interstates, county, and state roads, the world then was crisscrossed with various trails. These trails included the Ft Bennet Trail, The Nebraska and Cherry Creek Trail, and the Rosebud Trail. All these trails intersected where this sign is– where there was a road ranch and a telegraph, and a place where the stage could change horses. 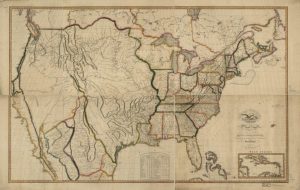 …this. It took weeks or months to cross it. Had you ever needed to cross it, you’d definitely be interested in finding good water and a place to telegraph news. This location was not too far from where General Custer was killed and even closer to where Wild Bill Hickok was killed (both of them just two years before this Road ranch was built).

When you look around today, you see a very thin veneer of civilization- a ribbon of asphalt, a few power lines, a rusted fence line, the rest of it is the was it was back then and probably for a thousands of years before that.

I shiver a little at the wind and make a mental note of the location. Maybe someday, I’ll need to find good water.