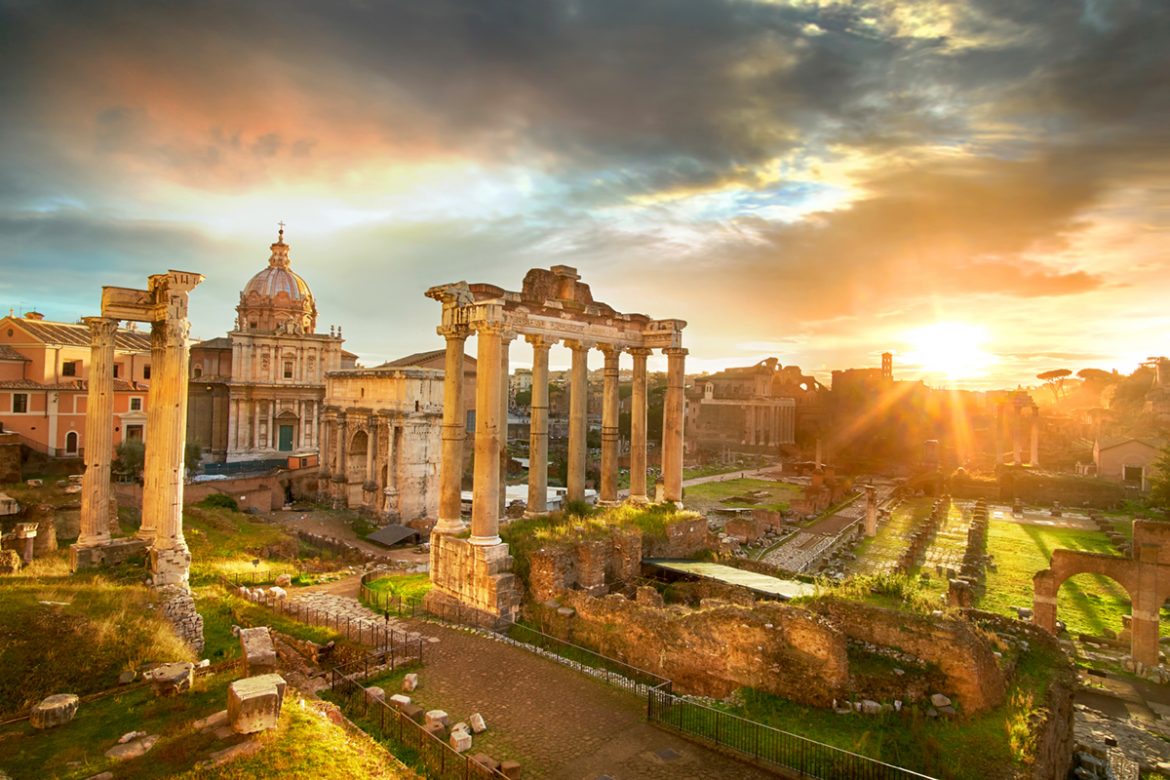 This morning I talked with two people on the cusp of a breakdown. Everyone’s anxiety about the school year and what that might or might not mean for parents, children, sports, employers, and everybody reminded me of a story from my haphazard college days.

I can’t say it was a good idea, but here is what I did: I took any class that seemed interesting.

My college advisor was a person that was either on sabbatical or had carefully adjusted her office hours to “Not In,” so I wandered my way around the campus of the University of Minnesota with no game plan whatsoever, which had pretty much been my strategy during the preceding 18 years, as well.

Then I met the ancient Romans in a class called “History of Ancient Warfare.” Sounds interesting, so I enrolled. There I learned how to make a catapult without springs (use the hair from a horse tail), which ancient army was most feared (Sparta – 500 year winning record), and about the ridiculous, plodding, boring, relentless Romans.

These Romans were crazy about structure. Rather than finding a good place to camp for the night using the natural terrain for protection, they would park themselves on an empty plain, get out the shovels and dig a fort. I forget the exact dimensions, how wide and long and tall this dirt fort would be, but I do know it was big enough to look like waaay too much work.

And to do it they would have to knock off pretty early in the day and start digging. The troop movement would look like this: get up at sunrise, march until about 2pm, dig a huge fort by hand, stay the night and leave the whole fort behind. And do it all over again the next day. What a waste of time!

My professor said the reason was discipline, structure and fear. First, they made every day as much like any other day as possible. This routine made going into foreign lands and unknown territory as boring as possible, so each night each soldier slept in the same tent, in the same row, in the same aisle inside the same dirt fort. True, the fort may have been in a different place, but it seemed the same.

That way if the alarm sounded at 2am (whether real or just a drill), you still put on your sandals that were in the same place, grabbed your sword and shield that were in the same place, turned right outside your tent, ran 40 yards to the same part of the same dirt wall to prepare for the attack, just like you did last time. By making war as monotonous as possible, these dull plodding Romans eventually took over the world.

And they were never in a hurry, either!

They’d show up at your impregnable mountain fortress, heave a sigh and start building a two-mile dirt ramp, day after boring day, until four years? Five years? It didn’t matter, they would finally knock your walls down and wipe you out. This blew my 20-year-old mind! Ridiculous! But it obviously worked for them, and I found myself coming to grips with the thought that maybe they were right!

Maybe a successful life is boring, and calculated and relentless and disciplined! Maybe I should knock off at the same time each day and sleep the same way and have a plan for each day, how far to move forward and when to stop for the day. Maybe that was the best way to conquer my fears.

Especially now. Since this summer started (or really COVID), the relentless, fractured and chaotic problems of one unexpected thing after another have been assaulting my disordered life. Fear has made its way into my camp and started running around and knocking things over.

If you are in the same camp with me, let me run down some of my Roman lessons and see if they can help both of us.