Jun 23
I have inherited a bunch of Junk, some Stuff and some Good Stuff. The trouble is sorting out which is which!
My parents have both passed on and as the sentimental one in the family, I was presented with a U-Haul crammed full of an assortment of the above.
Sigh.
As I sort through the stacks I have made a discovery that I think will help you when your U-Haul day comes.
No story, no staying
Junk: Junk is easy. It’s broken, damaged or valueless. Even I can throw away half a rusted scissors.
Stuff: Stuff is well…stuff. It has value and a purpose, maybe not for me but maybe for someone.For example, I probably have 200 wrenches now, eight for each possible size standard or metric or socket or torque or pipe or crescent. I am as forgetful as anybody when it comes to remembering where I put the last wrench. But even I have a limit—so out goes to the highest bidder.
Good Stuff: I have a grandfather clock made by my grandfather. It’s ticking right now in the corner of our living room, making my old Victorian house feel important and stately. I remember my grandpa making it, I can remember my dad winding it once a week, and I can remember hearing it in the wee hours of the night, chiming off the hours, putting me back to sleep. And here is my discovery about how to make sure the things that are Good Stuff to you, stay Good Stuff to future generations. 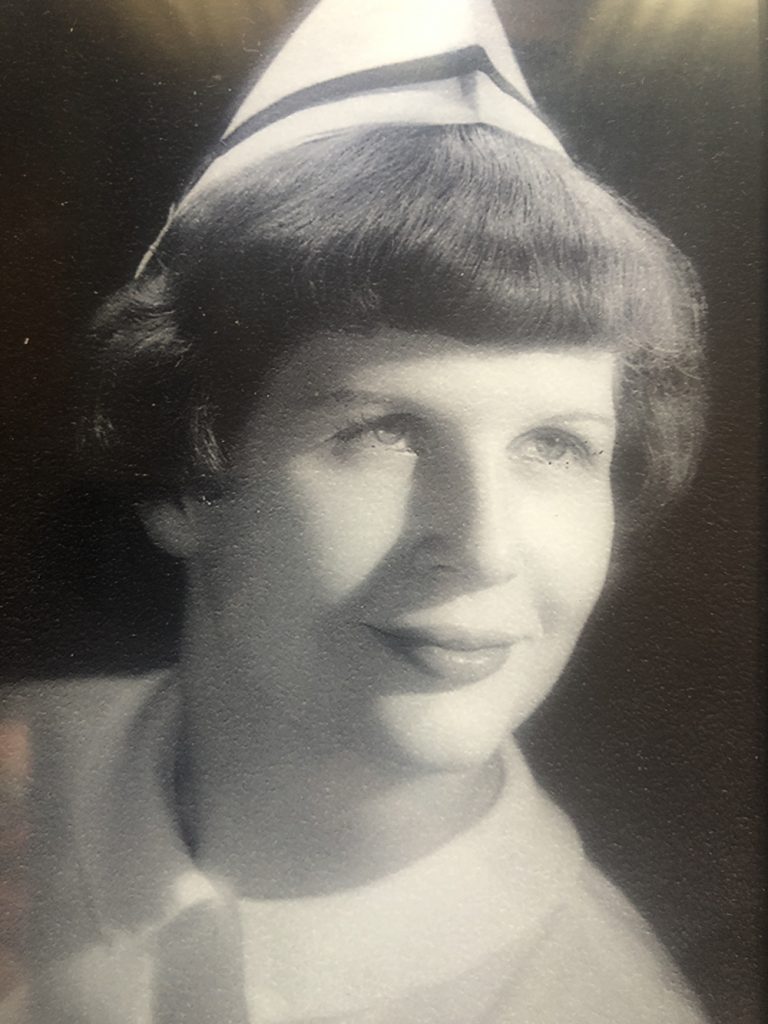 See this picture? I called Aunt Irene and got the whole story; she is 85, sharp as a tack and a walking, talking family historian. There are three Irenes in this story—she’s the one in the nurse’s cap.
This locket watch was a gift to Irene Katherine Feickert (the elaborate initials can be made out on the casing), born in 1892 to Robert Feickert, an oculist, jeweler and cad. He was catting around with another woman (the future Grandma Feickert!! #scandal!) and left his wife to fend for herself, along with four daughters, on a small farm outside of St. Louis. This poor soul would send her daughters off to sing in various vaudeville acts to make some money to feed the family. 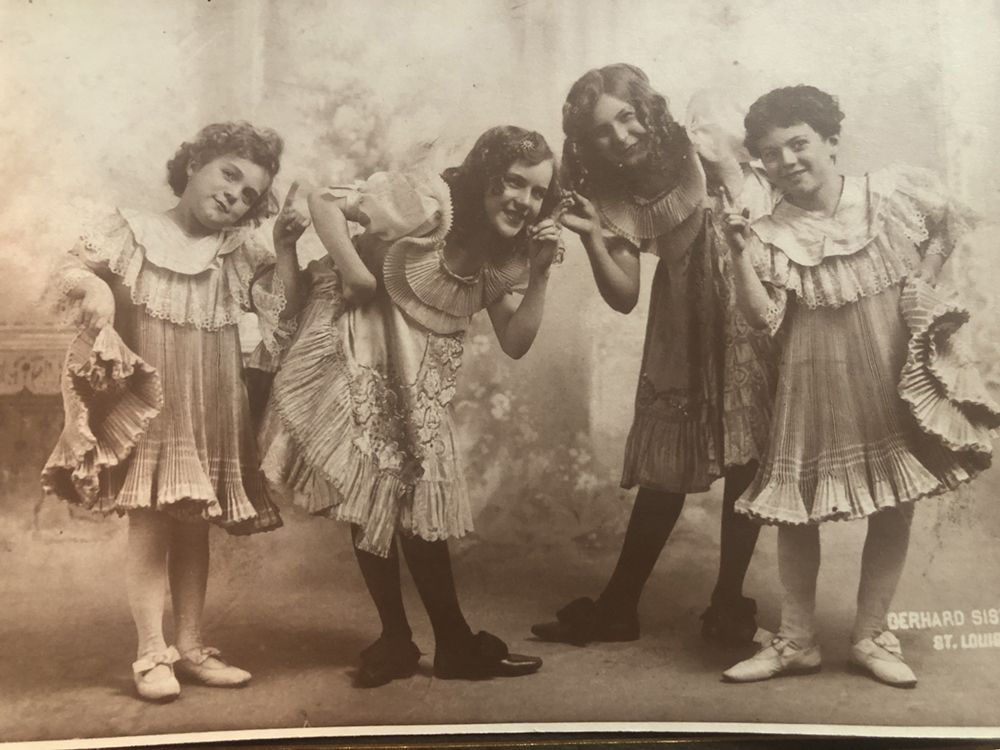 Irene was about 12 when she and her younger sister Rose were performing their singing act in Butte, Montana (the photo is a publicity shot of the four singing Feickert sisters; Irene is second from left. The younger two were left home while the older two went on tour). They received a telegram: “Come home…your mother is sick.”
By the time they got home, their mother was dead, and in the sorrowful times ahead, Irene and her sisters kept themselves fed by going the World’s Fair in St. Louis, where trolley rides were free and food samples were abundant—a sad postscript to an historical event.
She married at 16 to get out of a desperate home life to a guy named Walter and then had a daughter named Irene (the dark-haired girl in lace) who grew up and had a daughter named Justine who grew up and had a son named me. 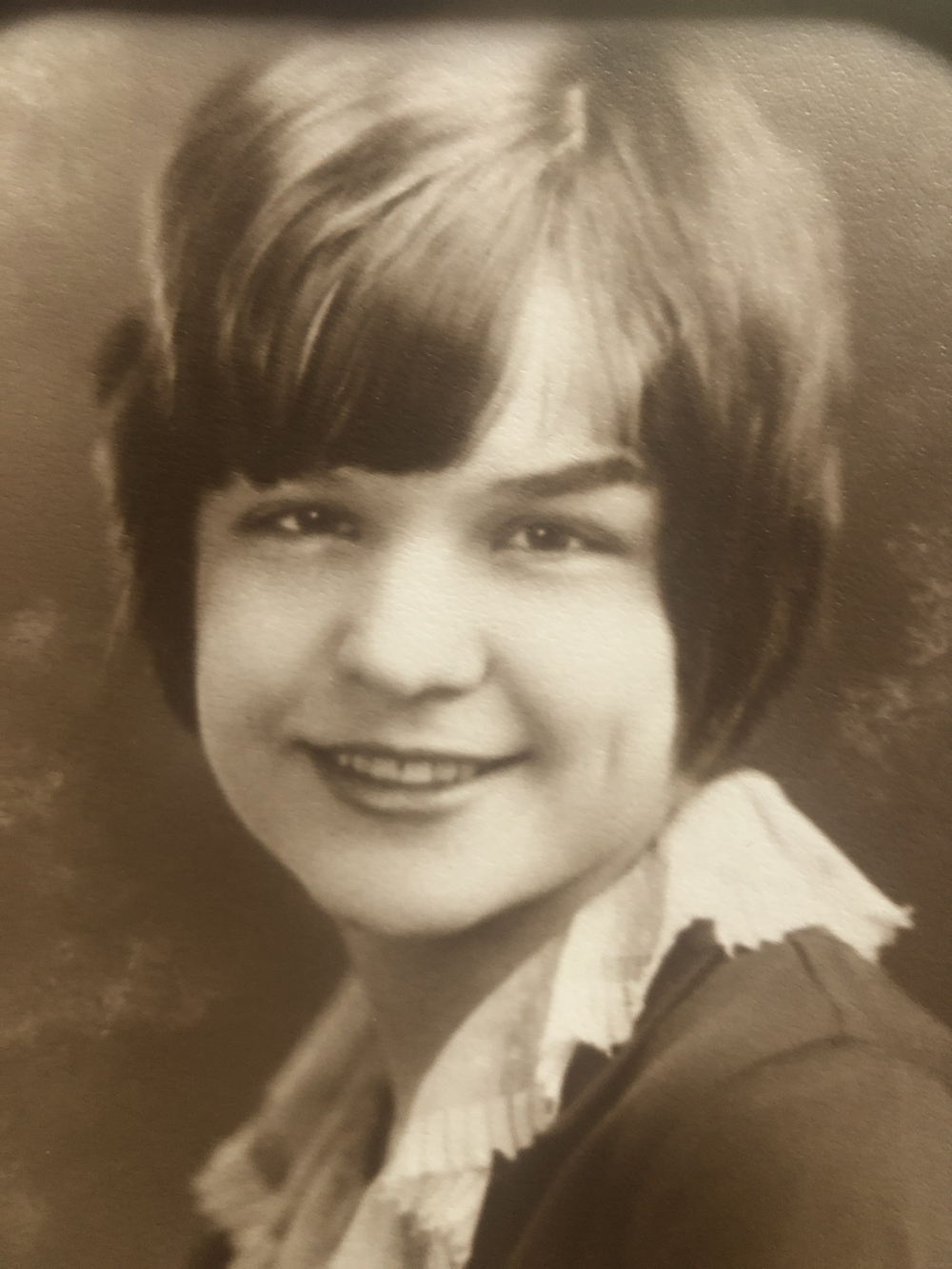 “Momo,” as she was called, was small and feisty, could play the piano by ear, and would often sit down and belt out vaudeville tunes to her enchanted grandchildren.
The only way this locket watch will remain Good Stuff is if the story sticks with it. If the story stays, there’s a good chance a grandchild of mine will talk about “Great, great, great grandma Momo, the vaudeville singer.” But if the story dies, then there is a better chance the locket will become merely Stuff and sold for the value of the metal that made it.
May we all spend our days making lots of Good Stuff with family and friends!