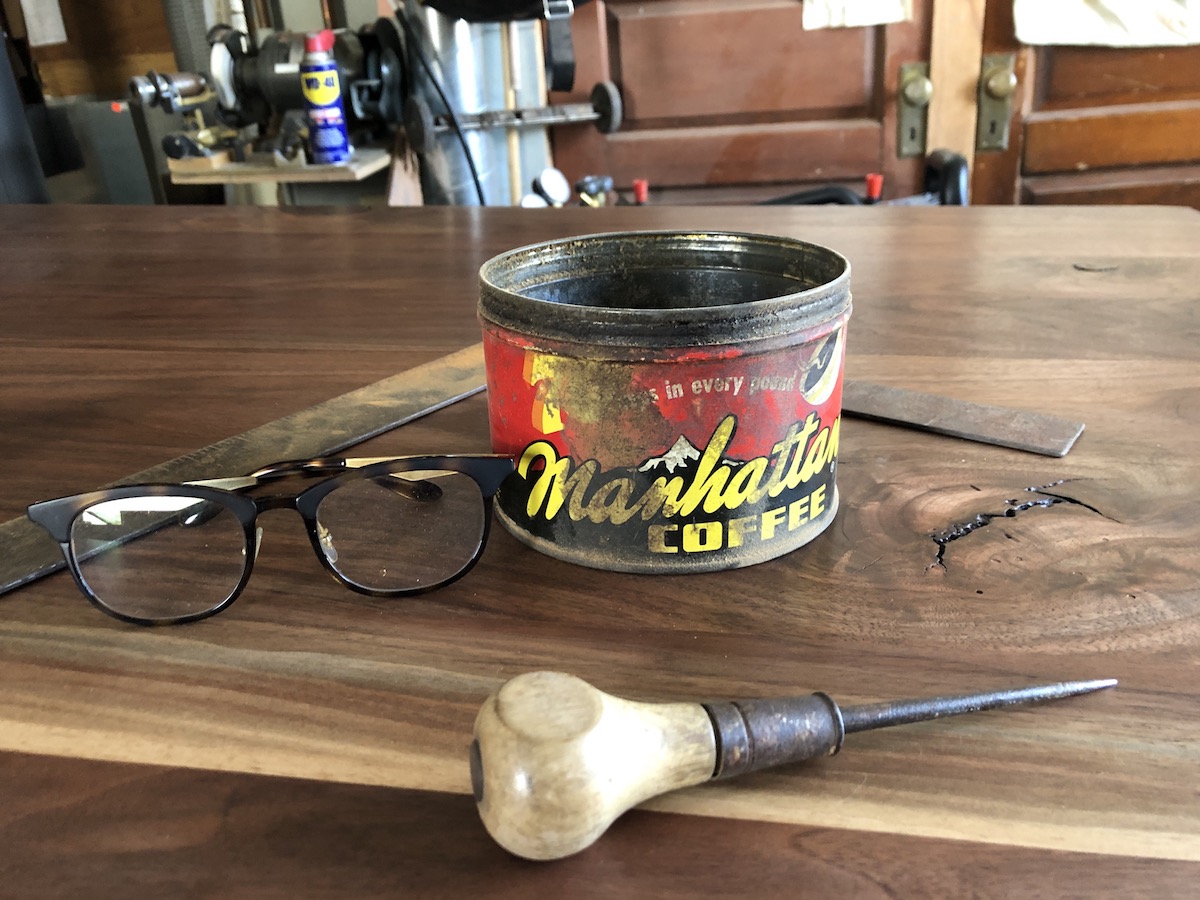 I was interviewing a wood carver named Fred Cogelow- this has been about 25 years ago.  If you Google his name, you can see some of his stuff. Not the normal buffalo-on-a-hill carvings, or native-warrior-carved-from-a-tree-trunk, but …different.  Compelling. A way to use the grain of the wood to express the emotions of the face carved- if you saw it you’d know what I mean.

I asked the obvious questions, because I’m a clod.  “How much is this one?”  I really liked it, but being a poor disk jockey made its acquisition impossible.

Then the next clod-like question: “How long does it take you to carve one of these?”  It seemed innocent enough.  Fred wasn’t ancient, and there were stacks of stuff in his studio- I mean, who knows? Maybe he could crank out one of these a day.

Fred is kind of a strange sort- hard to know when he’s kidding- “26 years.”

He face was straight. I chuckled, he didn’t.  I looked awkward. He then explained himself, something I got the feeling he seldom did:

“I see folks asking me every day, how long things take.  When I tell them,  they divide it out, and figure how much per hour, then if it’s more than a plumber makes, they think I’m screwing them.  They don’t think about the junk I threw away when I was learning to carve, or the mistakes I made, or the fact that nobody else does this kind of thing.”

“So I tell them 26 years. That’s when I first picked up a carving tool, and every cut I’ve taken since has gone into this piece.”

I laughed with appreciation. I’m no artist, but I do have some hard-to-find skills that people are always wanting for free.   You probably do too.  Who knows if we were paid what we were worth, we could probably swing a Fred Cogelow Original.

That would be nice.

X
Thanks for subscribing! Please enjoy $10 Off your next purchase in our shop using the code 'GREATSTORY'.